lichen
Used tires, lichen (64cm x 64 cm x 24 cm)
Lichen is a symbiotic association between a fungus and an alga with a potential lifespan of well over 4000 years. Feeding only on what the wind carries, the organism has no territory and grows everywhere independent of soil and climate. It survives even in the Earth’s most extreme environments—arctic tundra, hot deserts, rocky coasts, and toxic slag heaps. The only thing that kills lichen is air pollution. Well into the 1970s, scientists were measuring the air pollution of a region by the gradual disappearance of certain lichen species. 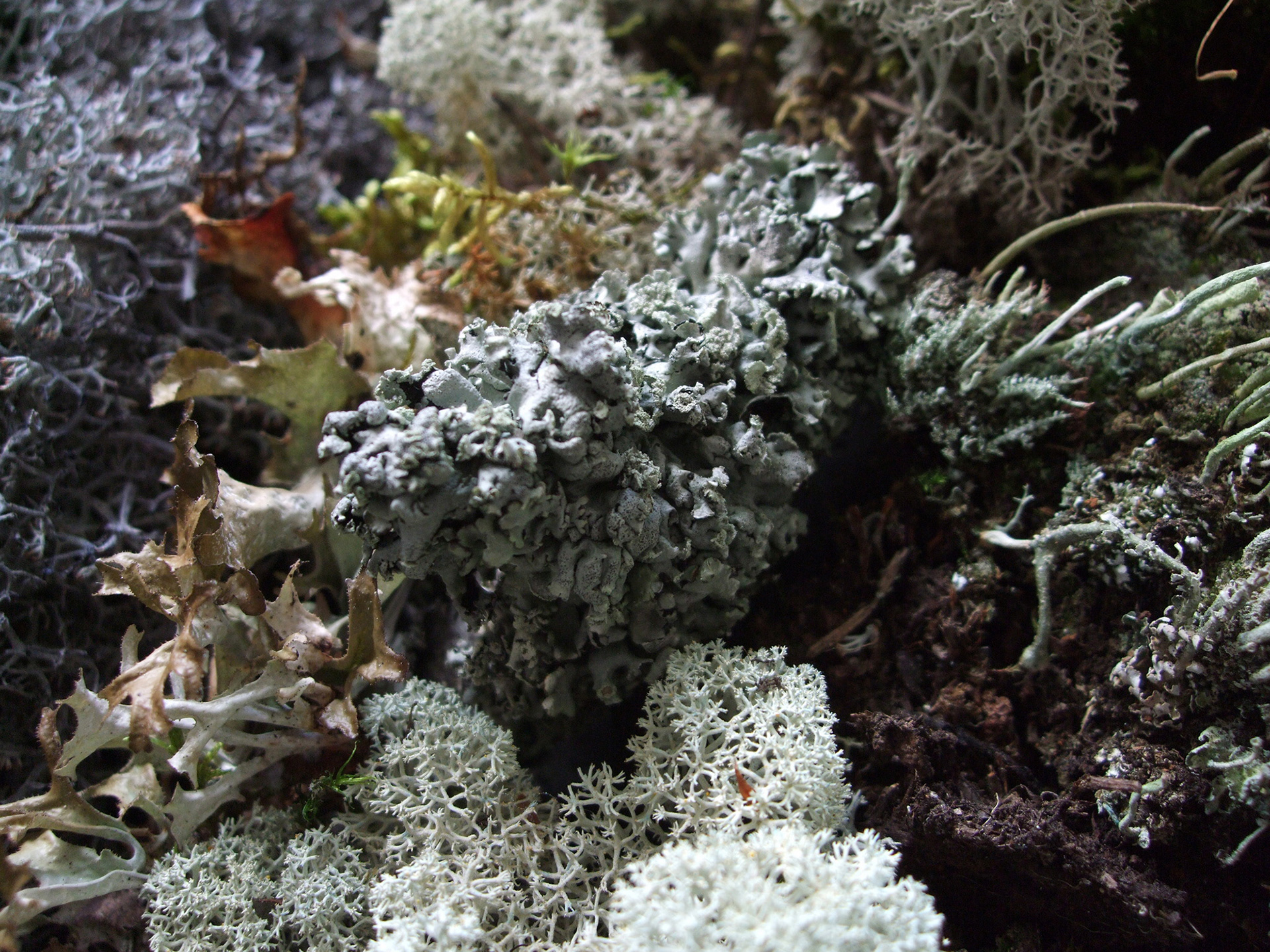 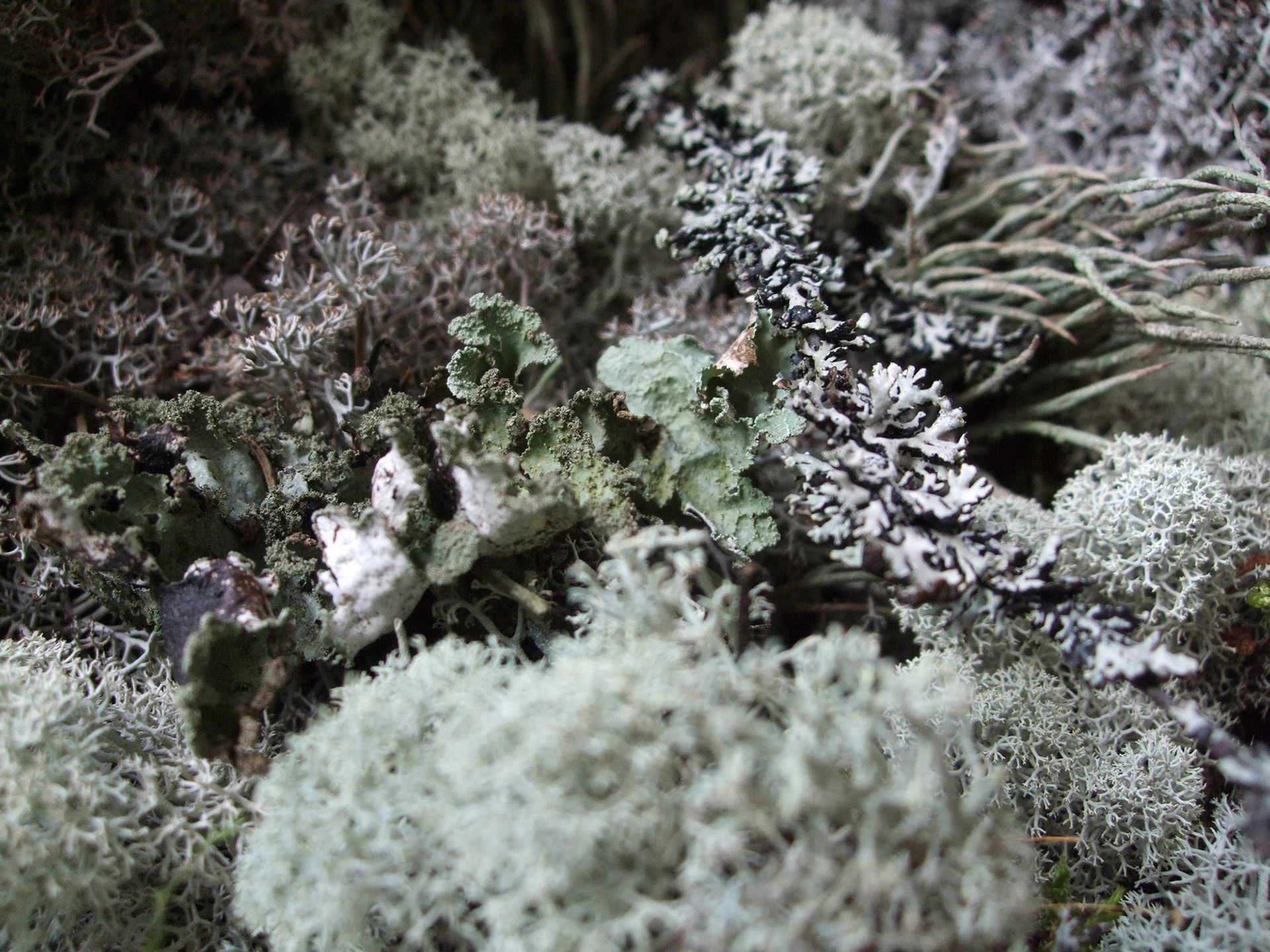 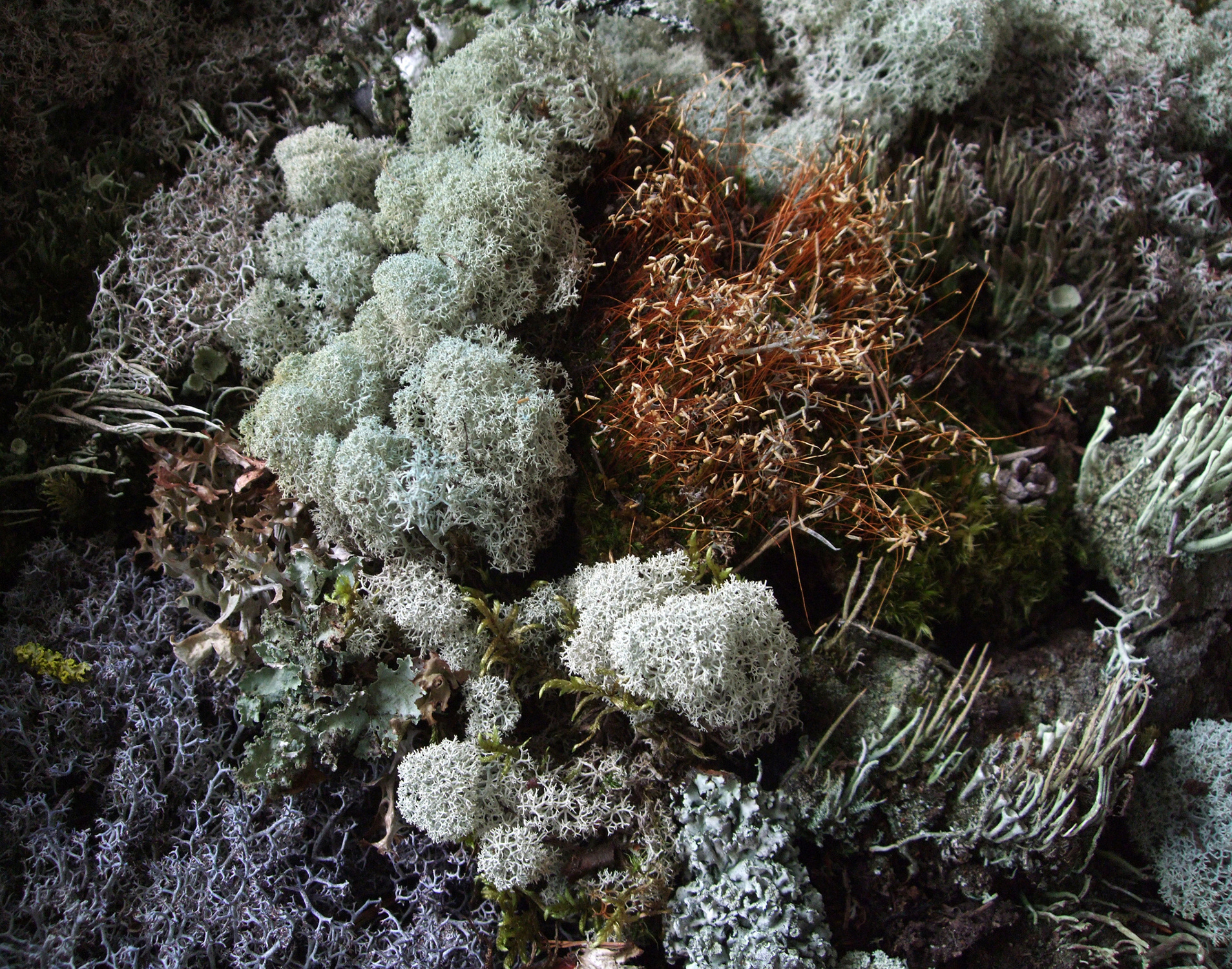